Our Story is a new series that we’ve recently begun. Each week, we’ll be sharing a little more…how we met, how we started dating, the proposal and our wedding experience. But then we want to share with you some valuable things that we learned early on in our marriage that have made all the difference. The first part can be found here! 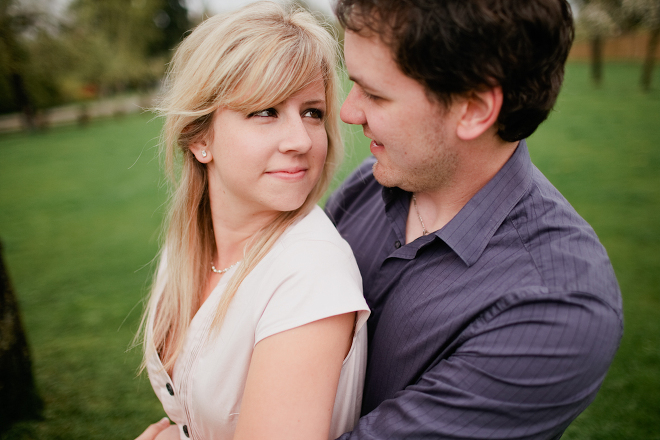 During my early teenage years, I used to write letters to my future husband. That probably sounds so strange. It was after I first heard Rebecca St. James song “Wait for Me”  when I was 14 that I was truly convinced that the Lord had the perfect man out there for me. I made the decision right there and then that I was going to wait for him. I’m not going to lie, the fact that I was homeschooled most likely made this decision all the less challenging to hold to. But this isn’t to say that through my teenage years, I wasn’t exposed to all the same messages about teenage dating and relationships that all teenagers are, whether it be from the media, friends, and even novels. None of those messages said to wait. My friends around me were all starting to date and I actually did start to see someone for a few months in grade 11. We soon realized we were better off as friends and I continued to write letters…writing letters helped me to stay focused on what I believed the Lord had in store for me. I didn’t know when I was going to meet this man that I wrote to and prayed for. In fact, I figured that my future husband probably wouldn’t show up until I was in my mid-twenties maybe? Early twenties if I was lucky! Marriage seemed so far off at that point and it was hard to think that I would have to be patient and wait for that.

So it was my grade 12th year. I wanted so badly to go to a prom. I also planned to apply to university for my B.A. degree the next year and graduating with an Ontario highschool diploma would make things a lot easier. So after convincing my parents it was the best decision, off I went to the Catholic highschool where my dad taught for my first day of grade 12. You probably think I am crazy. That I would even think about entering a new highschool in my last year.  Thank goodness again for living in a small town. Most of my friends went there so there were definitely some familiar faces to turn to.  On the first day of school, I remember sitting in the gym during opening assemblies while the student cabinet pranced through in costumes to loud music that rang over the speakers. I recognized that second last guy that was introduced as the co-prime minister of the cabinet. It was RON. Super man cape, bright blue spandex and all. Despite his costume, he had grown up a lot since that day back in grade 10. We both had. I wondered if he remembered me. Butterflies! I tried to forget about it as I assumed he probably wouldn’t and as we filed out of the gym after the closing remarks from the principle, I scrambled down the hall to find my first class. By third period, I decided I had the hang of how “highschool” worked. I confidently strolled into my next class to find there was only 3 other ppl enrolled in grade 12 drama. (did I mention we lived in a small town?) One of them was RON. More butterflies! I wasn’t sure what it was but there was just something about him that made me want to get to know him. Something that drew me to him. We did some ice breakers, went over the class syllabus and by then the bell had rung and it was time to head off to last period. I was still convinced he didn’t remember me.

Through my grade 11 year, I dated on and off but nothing serious. Most of my friends were slowly getting into relationships and naturally I wanted someone to be with too. I wanted what they had and I wanted to be able to relate to all my friends who were coupling off. It wasn’t that I ever minded being the third wheel. I have a lot of great friends and they always made me feel included, but you know how it is…

It became a big goal of mine to become a romantic guy because I knew that’s what the ladies were looking for. But through most of my years in high school, for some reason I had become the “friend”.  It didn’t matter who I asked on a date. For some reason, they didn’t seem to take me seriously. But then again, it wasn’t like I was desperate or anything. I decided I had nothing to lose and wouldn’t be afraid to take a chance when an opportunity was presented. I knew that the right girl was out there for me and I wasn’t going to let her pass by. If watching WWE all those years taught me anything, it was that charisma was a very important characteristic to have and that taking chances and stepping out really paid off.

On the first day of grade 12, I was in the guy’s locker room making sure my superman outfit was on properly as I was about to step in front of the student body and welcome everyone. I had been elected student council prime minister, which was a huge honour for me and I was excited to begin a new year. I didn’t know it at the time, but Natalie was sitting out there that morning and took notice of me right away.
Later on in drama class, right before the bell rang, Natalie walked in. I definitely recognized her from a year a half prior when we met on that grade ten science trip…I wondered what she was doing here at school in full school uniform but it didn’t matter! After that first day we had met, I thought of her on and off but thought it may be a little far fetched to think I would see her again as I knew nothing more about her and it’s not like I was going to ask her dad for her number. Well it turned out that she was enrolled in grade 12 drama with me and 2 other students. I knew this would be a great opportunity to pick up where we left off and get to know each other better.