Our Story: The First Question

Our Story is a new series that we’ve recently begun. Each week, we’ll be sharing a little more…how we met, how we started dating, the proposal and our wedding experience. But then we want to share with you some valuable things that we learned early on in our marriage that have made all the difference. The first part can be found here and the second part here! 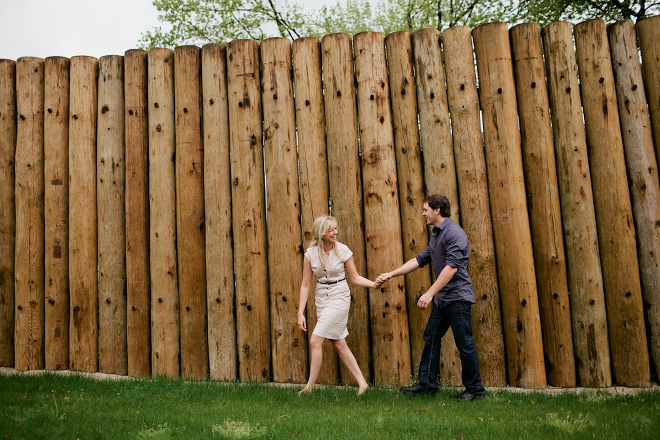 He did remember me. Over the next weeks, we became great friends as we collaborated over drama projects, walked back and forth from class together and ate lunch together in the cafeteria. In early October, students were chosen at random for the grade 12 fashion show. I heard my name first but was secretly crossing my fingers that Ron’s name would be called as well.  It  was. During our first practice, everyone was paired off according to height as we would be learning choreographed dances together. Again I secretly hoped that by some small chance, we would be paired together but we weren’t and my heart sank. I didn’t think it mattered to him as he seemed completely content as we went through the moves to the first dance that night so I stayed quiet. But the next day in drama class, he said to me “hey, too bad we can’t be fashion show partners.”. My heart skipped a beat at the thought that there could still be a chance. Before I could stop the words as they came out of my mouth, I said “ask if we can switch!” I guess he did because at next practice, we were partners. We danced together for hours over the next weeks and months as we prepared for the big show in December.  We had developed a strong friendship and sometimes I thought that he was flirting with me by all the sweet gestures he would do but I convinced myself that it wasn’t so as I would see him doing the same sort of things for his other friends in the halls. I just felt lucky to be his friend.

On November 30th, Ron met me in the hall after first period and asked if I wanted to grab lunch out with him. I reminded him that I had fashion show fittings with the girls that morning and asked if we could postpone to the next day. He seemed really disappointed but reluctantly agreed. Later that morning, he met me at my locker at the end of my lunch period and said that he had something to show me outside. I followed him out and he told me to close my eyes. I had no idea what was going on. He opened his dad’s truck and closed it again and then told me to open my eyes. He was holding a huge bouquet of flowers and said so sweetly and gently “Natalie, will you be my girlfriend?” Yep. Just like that. My heart was beating out of my chest.  I know I was bright shade of red because I could feel it. I wasn’t expecting this as right up until that day, I wasn’t sure that he felt the same way I did. Our friendship had taken flight over the past months and there was most obviously a spark there. I had developed what we would all call now a “highschool crush”. My mind raced back to the personal decision I had made not to date that year, but my heart made me shout “YES!” He smiled back at me and we……hugged awkwardly? (this was highschool remember…) and walked back towards the school together. 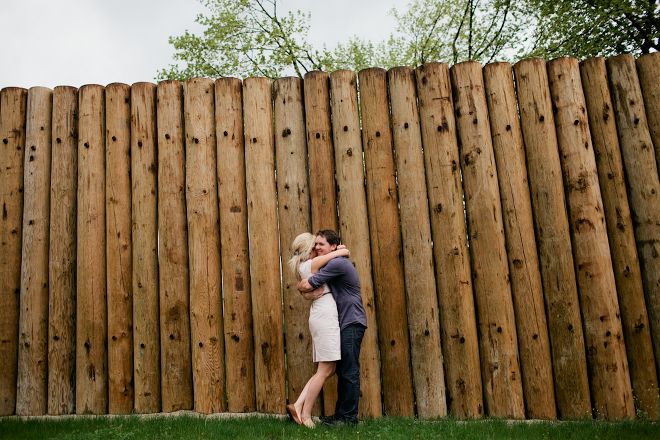 Since our drama class was so small and Ms. Brennan was such an awesome teacher, there was always a bit of time to mingle, and socialize, so it was great to have a bit of extra time in that class each day to really get to know Natalie and develop our friendship.  Over the next few weeks, we started to hang out more and more outside of class as well. I not only wanted to make her feel comfortable in the school, but also started to have feelings for her. The annual fashion show was starting up and I soon realized that we were in the same group, but not partners. We were already a couple practices into the show, so I didn’t think we could make a switch happen but we weren’t partners yet we both wanted to be so badly. I talked to a few people and made it happen. It was such a great chance for us to have fun together and not have to worry about classes. The dancing was great and it definitely brought us closer together.

After a few more practices as we got close to the show, it was time for the guys and girls to get fitted from different retailers lending their clothes to us. I remember telling the guys all about Natalie on a few of these trips to different towns in the area and feeling really good about the direction we were heading. Finally with the help of the guys, I worked up enough courage to ask her to be my girlfriend. I decided that if I didn’t make a move now that someone else would move first and I’d lose my chance.

I remember driving back to Clinton with a car load of guys from our fitting and getting so nervous about asking her that I accidentally dipped into the shoulder of the road. I thought I better stay alive long enough to ask her, so I bought some flowers and surprised her at lunch time. It was around 11:30am on November 30th that I asked Natalie out to my dad’s old ford ranger in the parking lot to surprise her with a bouquet of flowers. She said yes and from that point on we were a couple and I couldn’t have been happier.