Our Story is a new series that we’ve recently begun. Each week, we’ve been sharing a little more…how we met, how we started dating, the proposal and our wedding experience. But then we want to share with you some valuable things that we learned early on in our marriage that have made all the difference. If you haven’t been following along, you can catch up here! 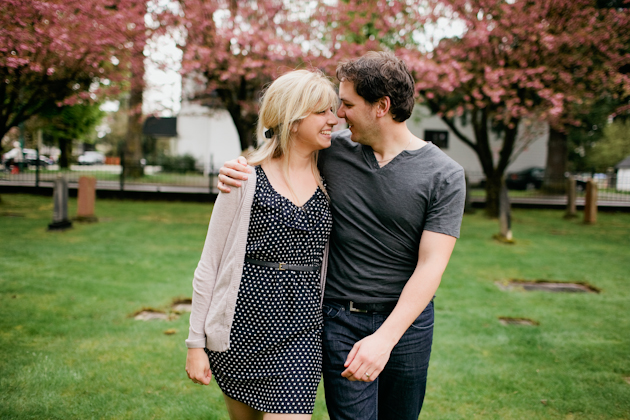 Ever since that day I agreed to be his girlfriend in the school parking lot, he treated me like a princess. He’d meet me at my locker every single morning without a miss and walk me to class, carrying my books for me. He’d sabotage my locker on a regular basis with sticky notes and little gifties. He’d sneak out of second period to visit me in the cafeteria on my lunch.  There was never a day that went by where he didn’t show me how much he cared about me.  I know. Still only a highschool crush…puppy love.  As we walked down the halls holding hands, our teachers most likely assumed that we would not be together much past highschool prom as is the case with most highschool relationships.

Ron was a real gentlemen through the entire time we dated,  always making sure I felt comfortable and safe. After one of our first dates of supper and a movie, he asked me if he could give me a goodnight kiss as we sat in his truck that was parked outside my house. I said “no but I’ll give you a hug”.  It makes me laugh now to think that I would have said that. I mean it was just a kiss right? But I had never kissed anyone before and I wasn’t willing to give it away so easily. I was still waiting and I still hoped and prayed that my first kiss would be with the man I was going to marry…

Ron asked me a few times to hang out with a group of friends on a Friday night but on Friday as well as Tuesday nights, I went to youth group at my church. I was on the student leadership team and very involved. I guess it wasn’t hard for him to see how committed I was to my faith and my church because he soon became curious. I never pushed him to come or made him feel pressured but I wasn’t afraid to let him know how important it was to me and left the invitation open. He showed up one night without warning and I was shocked but thrilled. He must have been intrigued because he kept coming back every week after.

It was soon our school semi formal (my FIRST ever school formal) I was so excited to get all dressed up and dance all night. We had supper with a few friends and then headed over to the school. After it was all over, Ron drove me home. But before we went home, we drove around the town a little bit and then he pulled up in front of this big rock with a bench that overlooks the harbor front.  It was a cold wintery night but we got out and walked over to the bench. He put his jacket down for me to sit on. We sat there for a few minutes and talked about how fun the evening was and then he mumbled something about an angel holding a mistletoe? Right. I tried not to giggle.  I didn’t say no this time. His big blue sincere eyes were just too much to handle. There was no way of knowing for sure that this was the man I was going to marry. It was too early, we were too young. But I felt a peace about our relationship. I felt the Lord was a part of it and guiding each step. It was a short and sweet kiss. It was perfect. We walked back to the car and he dropped me off. Little did we both know that that rock where we sat and shared our first kiss would became such a significant spot for us…. 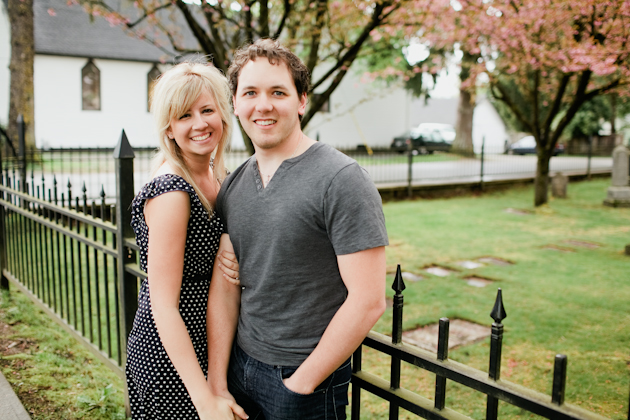 When we began dating I really wanted the relationship to work.  It seemed like high school was going by so fast and I had been in a few relationships, but seeing some of my friends being with the same girlfriend since grade nine I wanted someone that I could be with and take things as seriously as I was going to.  Our relationship started out as many do, we were very attached to one another and we spent a lot of our time getting to know each other and being with each other we were smitten.  Our high school was pretty small compared to any in the London area.  I think it maxed out at around 650 students.  This made it ideal for us in that our lockers were nice and close, we had some of the same classes and if I happened to go to the “washroom” during science class I would surely end up in the cafeteria to chat with Natalie during her lunch.

Being with Natalie was great, she is such a nice and genuine person to get along with and she is very passionate about a lot of different things.  Our first official date involved us getting lost looking for the Clinton legion as our drama class was taking part in a production that was being put on there.  After that we just decided to go back to my parents house and watch a movie… 13 going on 30 was just an awful concept, so what better way to get Natalie to snuggle a little closer to me than to put on the new Texas chainsaw massacre.  We had to stop the movie part ways because she was too scared.  We had a blast that night and we really didn’t end up doing anything. We just enjoyed each other’s company so much that it didn’t matter.  Looking back on the first date it still makes me smile just knowing how awful it was but yet how great it was at the same time. I was hoping for a kiss at the end of the night to kind of “seal the deal”. I made sure to ask her if it was ok and everything but she said a hug would have to do.  I was surprised, but I respected that and it was cool to have to wait.

The night of semi-formal was awesome. I always love it when the opportunity comes to dress up in my finest clothes. But this night wasn’t just important because I got to dress up. Knowing that it was Natalie’s first high school dance, I wanted her to have a great time.  I picked her up and she looked beautiful.  We danced all night long and had a great time.  When I drove her home I knew this had to be the night I got a kiss. I drove her over to this large rock that overlooks the harbor and said a cheesy line that A) she would somehow fall for it and kiss me, or B) sound so terribly cheesy that she would feel bad for me and give me a kiss.  To this day I am still not sure what she was thinking but lets just say I got my kiss that night.