If you’re new to the blog, Our Story is a series that we began a few months back. We sort of got a little sidetracked as we we got caught up in sharing our current life excitement. If you can’t remember what happened last, you can go back here! 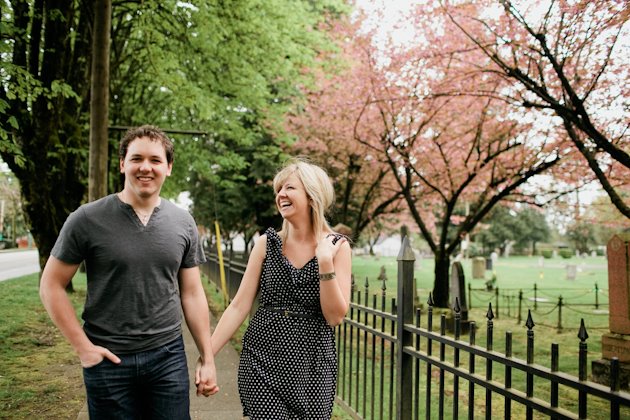 Over the next months and years , that rock where we shared our first kiss became a special spot for us. It was just around the corner from my parents home at the top of the beach hill. Sometimes in the evenings we would walk there together, sit down and talk about our days. We would share our biggest goals and dreams with each other. We would pray together.

As our highschool year came to an end, we began to talk about the future. We both planned to go to university but it scared me to think how much things were going to change. We may end up in two totally different cities. I had come to feel so close to him and so comfortable when we were together. He showed me every time we hung out how much he cared. I didn’t want our story to end so soon which is what seemed to be the case for a lot of highschool relationships at the end of senior year. I wanted to get to know him more but I knew that I had to leave it all in the Lords hands.  We had both applied to 3 different universities before we started dating but strangely enough UWO was both our number 1. It was the closest to home and offered both of our desired programs. The chances that both of us would get our top pick seemed slim but I hoped for the best.

I still remember the day that my mom called me at school. I was called down to the office and I had no idea why. She sounded a little excited on the phone as she told me a package arrived for me in the mail. She asked me if I wanted her to open it and I anxiously told her yes. She read me the letter which informed me I had been accepted to Kings University College, an affiliate of UWO. My first choice. I had done it. I had been accepted to Western. I yelped a little into the phone and thanked my mom for calling. The rest of the day I was on cloud nine. Ron was accepted to Western a few days later and after some serious prayer and consideration, we both accepted our offers. We would be headed to London in the fall.

Prom came up pretty fast.  Like any other grade twelve girl I had been looking forward to this day all year. A night to get all dressed up, to dance, to make memories of our last days in highschool. It was a great night.  At the end of the evening, before Ron dropped me off at home, he told me he had a surprise for me but he had to blindfold me first. We drove for what seemed like forever. I had no idea whatsoever where we ended up. I waited for him in the car for a few moments, still blindfolded as he “got something ready”. When he came back to get me, he led me out of the car and took the blindfold off. We were in his backyard in front of his trampoline which was decked out in white lights. There were heart shaped helium balloons lining the edge all the way around and a small ladder leading up to it. I was overwhelmed but it was the most special thing. As we stood up on the trampoline together, he told me how much he cared about me and pulled a gold ring with two diamond hearts on the top from a box in his pocket. It was a promise ring. A ring that would always remind me of this night and a ring I would wear on my finger for the next 2 years. It was the best prom night a girl could ask for.

University was a whole new world. Ron and I moved into residence on two different campuses but we were only a 5 minute walk away from each other. We were able to commute back and forth on the weekends which worked out perfect and although our workloads got really heavy really fast, there wasn’t many days through the week  when we wouldn’t see each other for at least an hour or so to chat, study together, go for a walk. Our relationship continued to grow and mature and I became more and more sure that the Lord had many more pages of our story to write.

Over the next few years, Ron and I both took on big leadership roles in our residence. I was hired as an R.A. and Ron was a residence Soph. These roles were a lot of extra work and required a lot of extra time and dedication to both our first year residents and our staff teams. I wouldn’t be honest if I didn’t say they were some challenging times during those years where our relationship was tried and tested. I had to work though some trust issues I had developed from a past relationship but Ron proved to me over and over again that he was in it for the long run. Since that day he gave me that promise ring in his backyard on prom night, he had remained strong and committed. He treated me like a princess. My feelings mattered to him and  It wasn’t long before I knew I needed to marry this man… 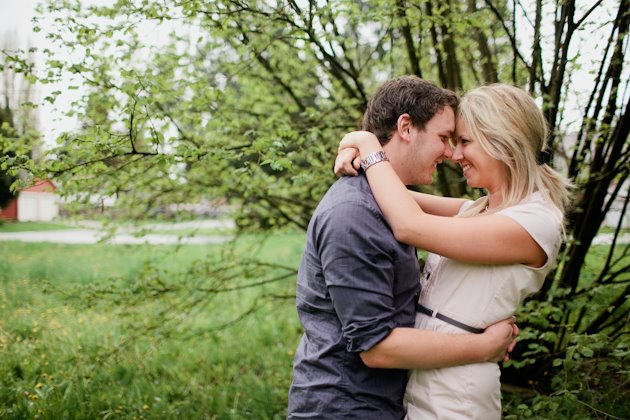 I’ll never forget dating Natalie through highschool. There was always free time in between classes and on spares where we could hang out and continue to get to know each other better. It was really special to be able to take Natalie to prom. We were able to dress up and I decided to go all out… I remember going in a white suit with two tone shoes and a pink tie to match her dress.  We were easily the best looking couple on the dance floor (based on a poll done by myself) I was also able to borrow my aunts sports car, so to top it all off, we arrived in style!

I didn’t want to just go to prom and then have the night end right after. This was a once in a lifetime event and I wanted to make it special and memorable for Natalie. It would also be a great chance to show her how much she meant to me.  I bought her a beautiful gold ring with two interlinking hearts as a promise to stay committed to her. I was always looking at ways to surprise her, so prior to picking her up, I decided to decorate the back yard and line my trampoline with white sparkle lights.  At the end of the night, I took her back and guided her blindfolded onto the trampoline.  I gave her the ring and made a promise to love and respect her. We were still so young but I knew from the bottom of my heart that I didn’t want to lose this girl. She wasn’t like any other girl I dated through highschool. We had something special and I didn’t want to lose it.  I was so excited to give her the ring at the end of the night, but it was so hard to keep a secret.

I had heard of a handful of older couples who were high school sweethearts and although the idea of making such a big commitment when your so young would probably scare a lot of people, I loved the idea of it.  Dedicating yourself to one person and really growing that relationship was what I wanted. It is amazing to tell people that Natalie and I are high school sweethearts and always will be!

Being our last year in highschool, university was always on our minds, but Natalie and I didn’t often talk about the future or what would come of our relationship after school was over.  We both didn’t want it to end, but didn’t know what the Lord had in store.  We had both applied to schools prior to dating so it was all up to chance where we would end up.  I had applied to Guelph, Western and Brock and Natalie applied to King’s (at Western), Laurier and Toronto.  I remember getting early acceptance to Brock and I was so excited but I am a small town boy and always wanted to stay close to my family and friends back home so I was waiting anxiously for the Western letter.  I was so determined to get into Western that I actually applied to kinesiology and the health science programs just to double my odds!  I don’t know what would’ve happened to our relationship had we not both chosen to go to UWO, but I am glad we were just down the road from each other. As soon as I knew we were going to the same university I was trying to figure out where I was going to stay first year. My dad made a couple trips down to London to check out some apartments, but a good friend of mine from highschool also applied to western, got in, and wanted to know if I would apply to residence with him.  I agreed and we both got into Alumni House which was perfect. I had my own room and was about a ten minute walk from Natalie.

From there the adventure had begun. First year university was tough, but having Natalie there supporting me was awesome and I was studying kinesiology the field of study I loved, my passion.  We had settled into our residences and enjoyed the university life. Our relationship continued to grow and get stronger and it wasn’t long before I began to think about the next steps…