Danny and Leanna met at a New Years Party  at Danny’s friend Alex’s house almost 4 years ago. Danny was in second year medical school in Windsor, ON and Leanna in first year of her Master’s degree in breast cancer research. Leanna was working in the same building and on the same floor of Alex’s girlfriend Alia’s laboratory, who too was starting her Master’s degree. They naturally became friends and Leanna was invited to the New Year’s party by Alia, just as Danny was by Alex. Little did the two know, matchmaker Alia knew the two would hit it off and wanted to set them up! Danny, along with Alex’s other friends had been warned ahead of time not to hit on Leanna as they wanted to make sure she felt comfortable at the party. But when Danny first laid eyes on Leanna as she stepped into the party that evening, and after being introduced to her, it took all he had in him to keep his distance.

Danny tried to have fun with friends he hadn’t seen for months. Leanna was also enjoying herself, but somewhat miffed that this Danny didn’t talk to her more. The night progressed to guests dancing to the live music. Danny was heading out on the balcony to chat with some friends when he saw a disturbing sight; Leanna dancing with one of Alex’s friends. Danny went outside in a huff, relaying his frustration over the unfairness of the situation to his friends. Then as a consequence of his discontent, he suddenly had a moment of courage. He strode purposefully back into the house and started dancing as if nothing was the matter. Slowly but quite aggressively, Danny stole Leanna away from the other boy and twirled her like a princess. They began to talk more about Danny’s medical school and Leanna’s master’s degree. Then, in a whimsical display of knowledge, Leanna asked Danny what nerve innervated a part of the hand. He answered incorrectly and she corrected him with a huge grin. And at that moment, she owned Danny’s heart as he decided he had never met a woman like this before. They were inseparable from that point on.

2 years later, Danny planned a special date at the Elmhurst Inn, a spot that was special to Leanna as she and her family would go there for dinners growing up and she was always in awe at the decadence of the halls and the rich décor. Danny knew that she had always wanted to go back.  At the back of the property, down a steep walkway was a well groomed field with a small black rod iron gazebo at one end near a pond with a fountain. Danny had placed bouquets of roses symmetrically around the gazebo. Candles were everywhere – tea light and tall, a soft vanilla aroma evident as you approached each flame. And at the entrance of the gazebo, a table draped with an ivory cloth and chocolate strawberries and champagne, courtesy of Elmhurst. Danny got down on one knee, and held Leanna’s hands in his. After telling her how much he loved her and wanted to always take care of her, Danny shoved the ring on her finger without even asking her to marry him! Leanna was much too emotional to notice though and he formally asked her after he realized what he’d done  and they had some time to take in the moment. She said YES of course!

We were able to capture Danny and Leanna’s engagement session at the Elmhurst. How special! We had SO much fun with these two and are so so excited to be a part of their big day next summer! Enjoy! 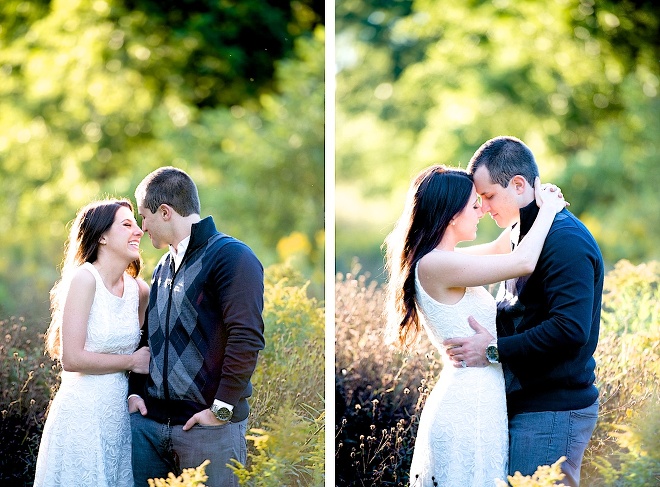 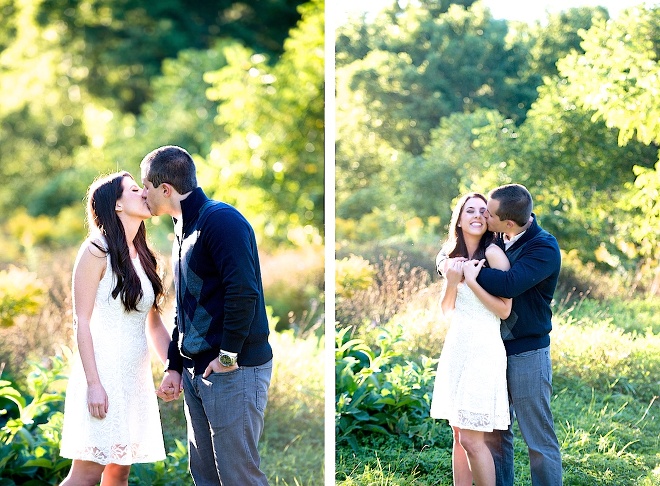 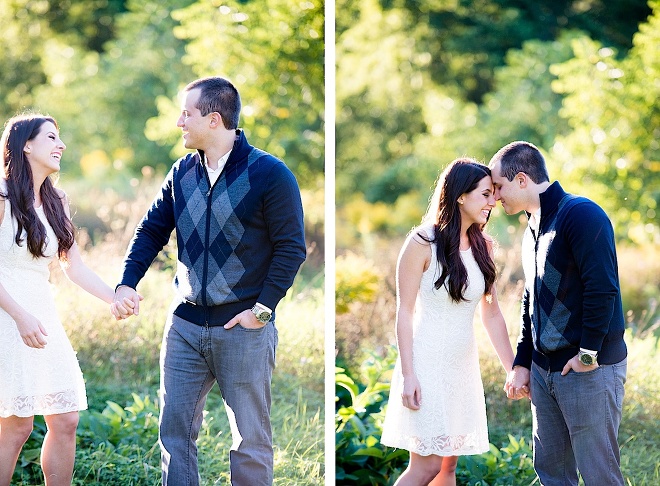 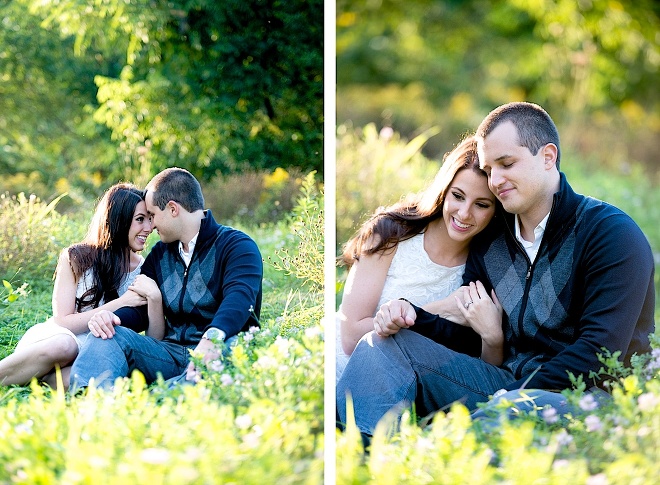 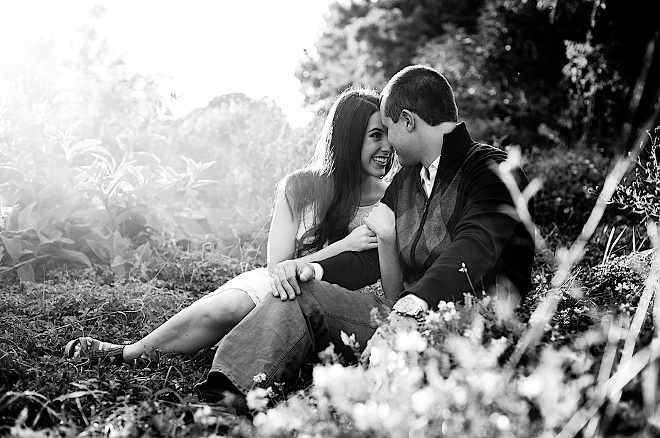 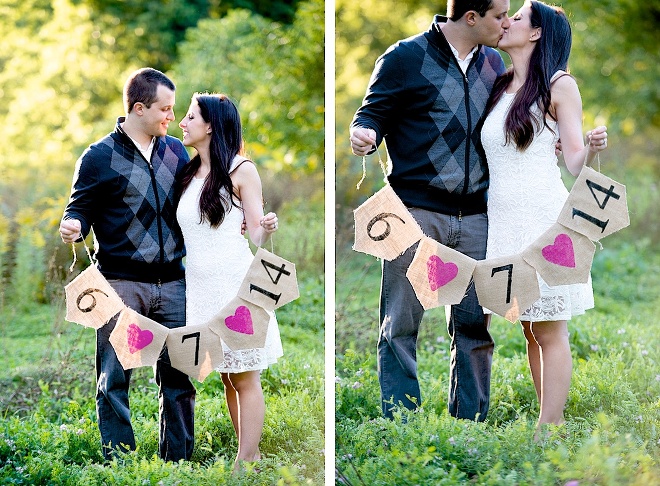 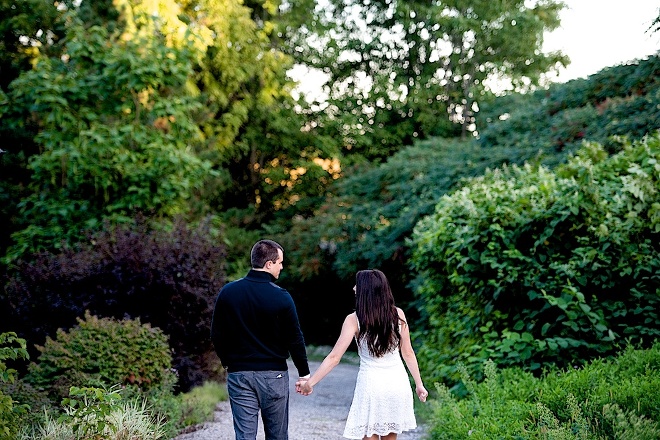 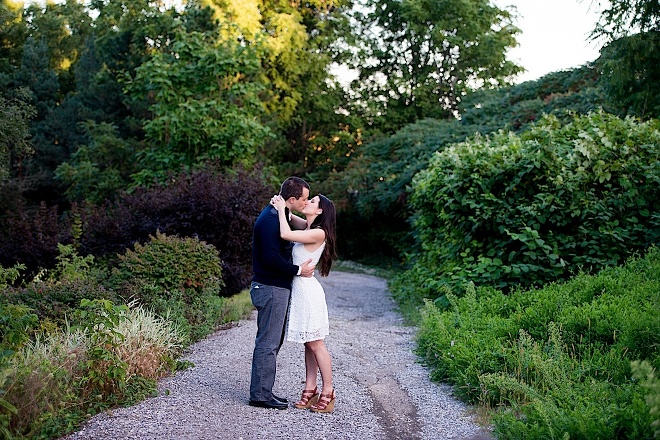 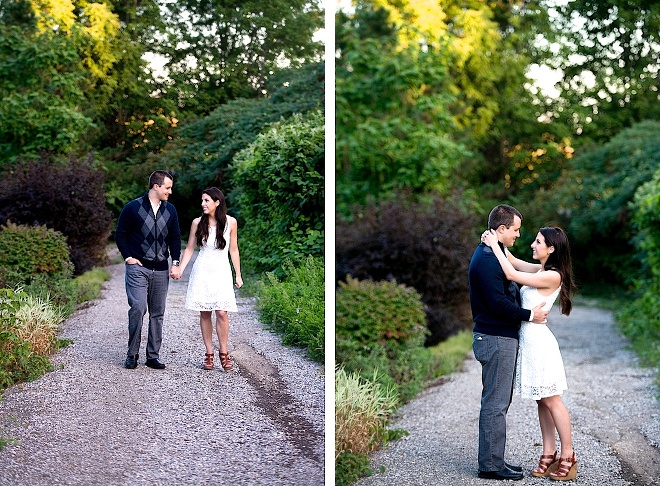 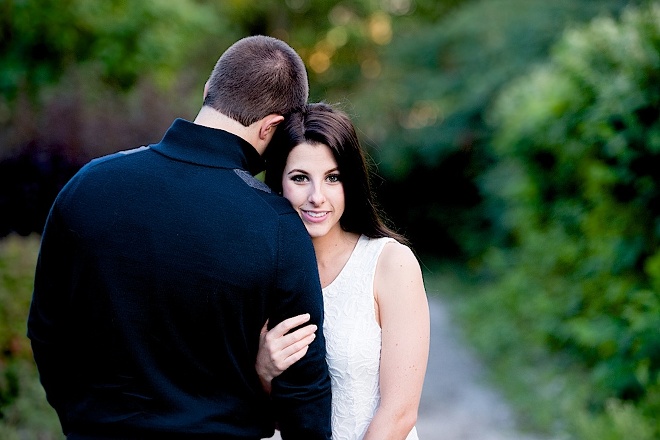 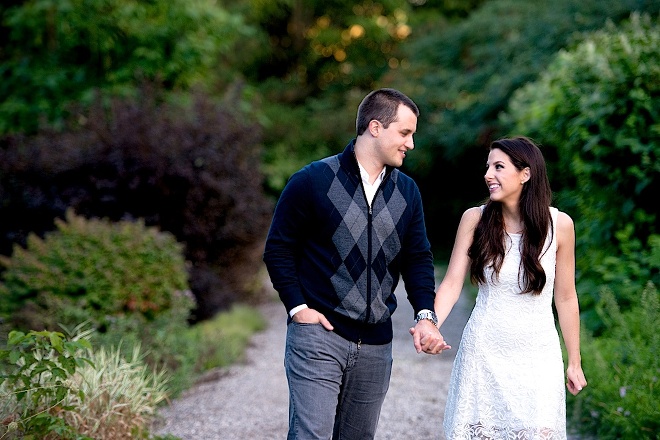 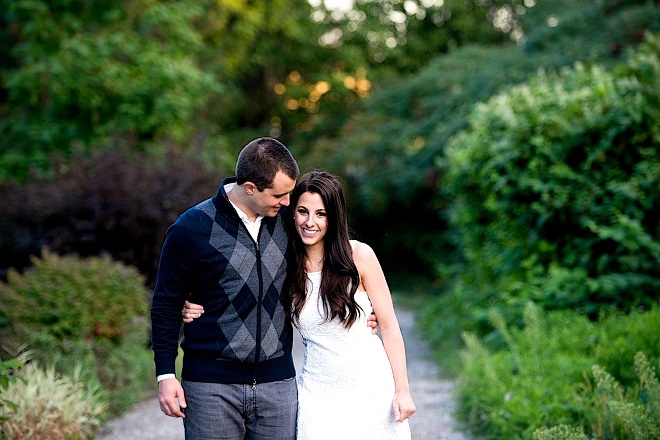 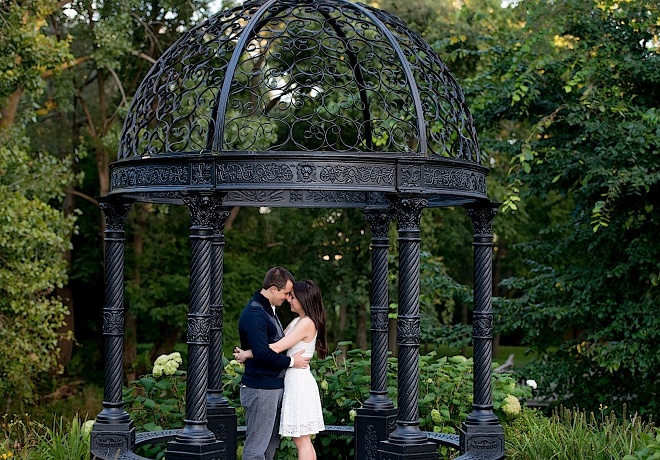 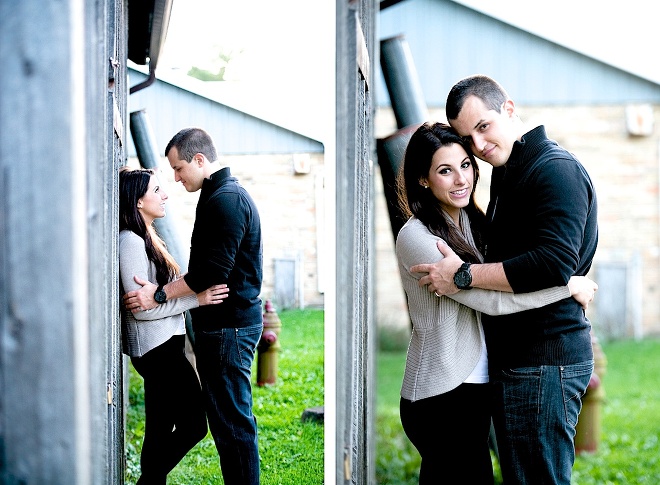 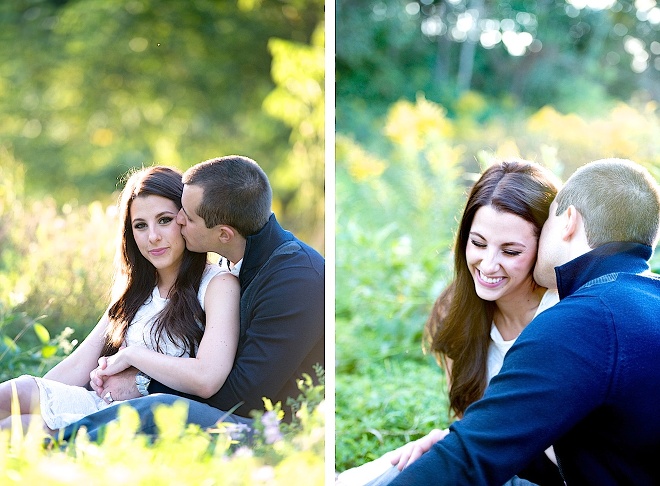 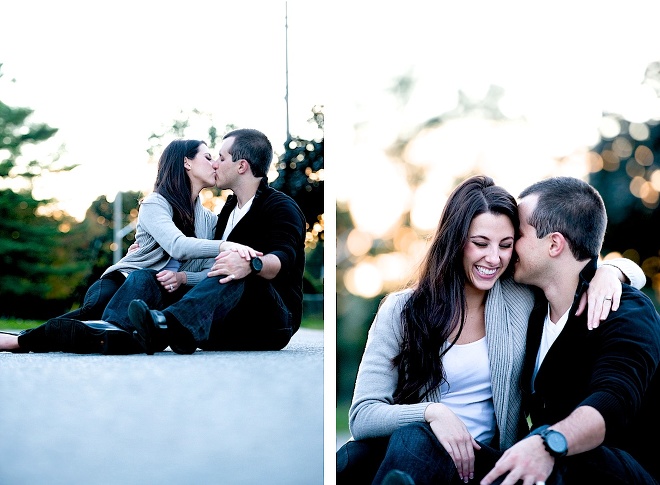 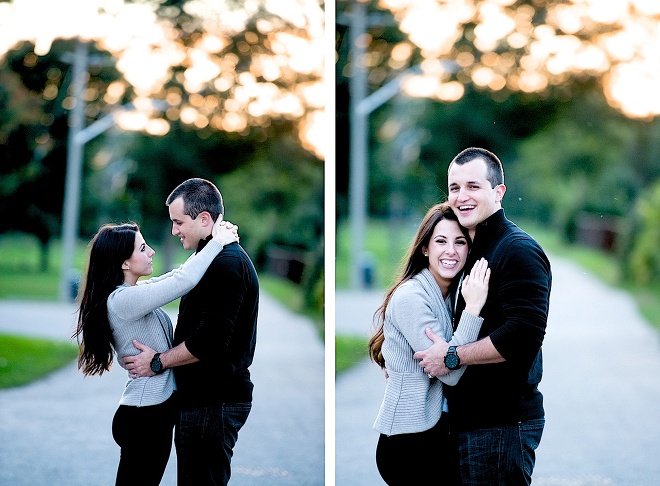