They met in university. She was in her 1st year at Brock and he in his third. It was at a Christian Campus group where Sarah was introduced to Geoff for this first time by his second cousin, also Sarah’s friend. After discovering they were both dutch and a very intense game of euchre, they left as friends, without thinking anything more. From then on, they would see each other at this group on a weekly basis and Geoff would sometimes pick Sarah up for church but to Sarah, Geoff was just a guy she knew.

About halfway through the year, Sarah realized that was starting to have feelings for Geoff but wanted him to make the first move. She waited patiently. That summer Sarah was invited to a weekend at a friend’s cottage. She was so excited to hear Geoff was also going even though he had no clue how she felt. One night while sitting around the campfire, she went and sat beside Geoff and they had their first real meaningful conversation. That’s where it allllll began. They hung out consistently over the next months, mostly within a group of friends.  After Sarah worked up the nerve to ask Geoff to be her date to a wedding she was invited to, Geoff said yes without hesitating. Before the wedding, he let her know that he liked her but wasn’t quite ready to start a relationship yet. A few weeks later however, while they sat on a rock overlooking the Niagara Gorge, Geoff told Sarah that he felt that God’s timing was right for them to begin a dating relationship. He asked her to be his girlfriend and she said YES!

3 years later, Sarah said YES again when Geoff proposed during sunset after walking the board walk at the beach in Goderich. (the same beach that Ron and I got engaged at!!!) He had brought along the scrapbook that she had made for him several years before and they looked through it, reminiscing together. Once they got through it, Sarah noticed there were a few extra pages at the end. They read…”from being strangers, to dating, to being my best friend…WILL YOU MARRY ME?!?”

These two are the absolute sweetest couple and we are completely honoured to be sharing in their special day this coming summer. Enjoy some faves from their snowy e-session! 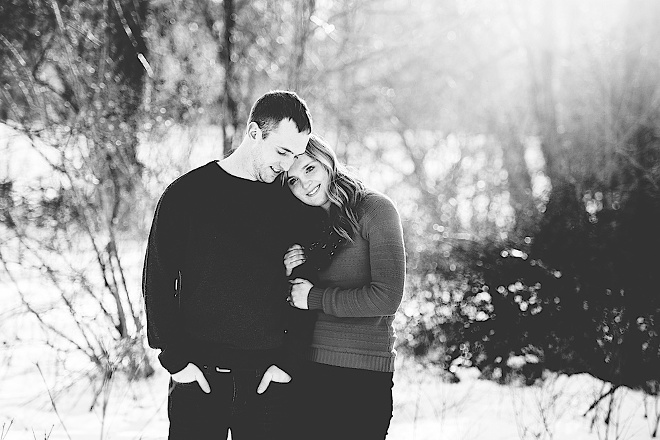 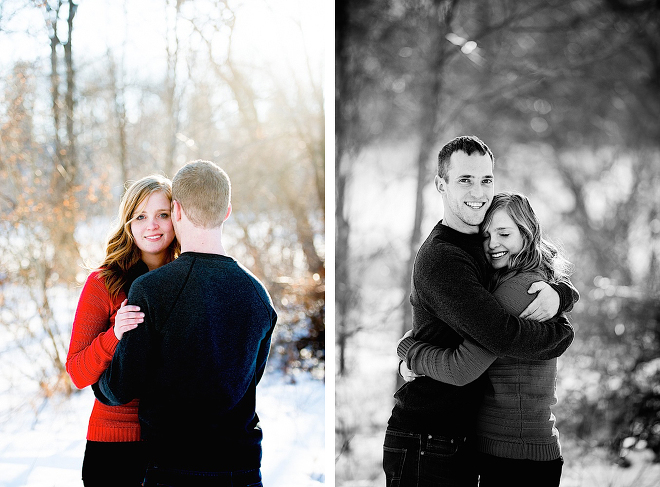 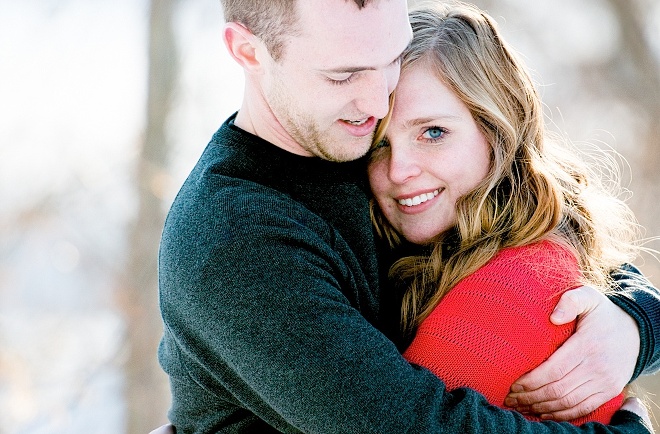